In September, Apple’s new iPhone will have a wireless charging feature, and we’ve had articles about it before. There’s been a new update today about the wireless charging of apple. According to MacRumors, the new iPhone may use an independent charging accessory, which is sold separately. In addition, the accessory may be late, may not be shipped with the iPhone in September. 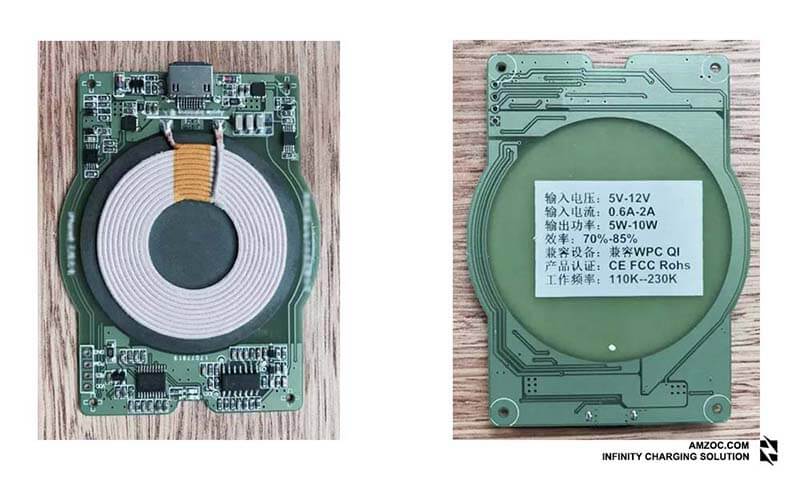 As you can see, it is a wireless charging transmitter, and it’s also known as the Tx. The PCB is green, using a common single-coil structure, made of copper wire and A11 magnetic core. And the input part of the connector uses Apple’s own lightning so that it can be compatible with the existing iPhone charger and cable. Apple’s wireless charger is likely to support the USB PD as a power source. with the original USB Type-C to Lightning data cable, maximum support to 12 v.

Apple accidentally exposed HomePod firmware, we dug up a lot of interesting things in the operating system. Compared to iOS 11, HomePod firmware has a lot of secrets about the iPhone 8. Revealed that the new machine is tuning a facial unlock mechanism, and there is no Touch ID fingerprint sensor.
The leak also confirmed that the iPhone 8 will support the wireless charging function, there are friends in the Reddit wrote the HomePod firmware code snippet, indicating that ‘iPhone 8 is receiving the induction charge’ part.

In addition, the code also suggests that the new device supports the fast charge. Apple is not indicated in the code “iPhone 8” the official name, which reportedly had iPhone 7s model is also likely to support Wireless charging, but it remains to be confirmed.

HERE IS YOUR CODE

Hurry Up, Our Stocks Are Running Thin…